One of the first consumer chess computer available. It has a beautiful wooden box (walnut) that houses the computer and a folding table. There's a section for the pieces as well.
You enter the moves on a keypad and the LED display is used as the output device showing your moves and the ones for the computer. It only had 1 level of play but you can set the amount of time the computer has to think. LIke the later model, the Diplomat, it has a 100 hour timer.
It seems there was another version of this same model released later on.
The ad inside the box shows the original price as US $299.99

They devised an ingenious way to display chess pieces using the standard segments on the LEDs. Here's how they look like (from the manual): 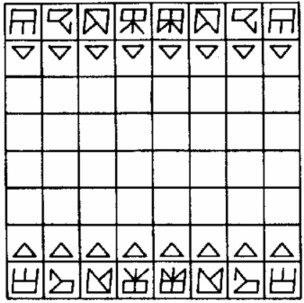