Fidelity CC1 or Chess Challenger 1. This is a very special unit because this is the world's first chess computer available for consumers!
It had just one level of play, no open library and would allow you to make illegal moves! I've also heard it had problems with castling. Also, the computer can only play with the black pieces.
Another very interesting factoid about the CC1 is that they made it with the files and ranks reversed! In the horizontals you have 1...8 and verticals are A...H! You can see that detail in the pictures below.
Only 1,000 units where produced. You can read more about it on my Fidelity page where you can see details of the patent, including original drawings and pictures from the prototype!

There's also a page comparing it to the model Chess Challenger 3 and how to tell them apart.

Here you can a see a video where Sid Samole and Ron Nelson talking about the creation of the CC1 (poor quality, sorry!):

The  warranty acknowledgment card indicates that this unit was purchased on Dec 20th 1977 and the dealer was American Express.
The manual indicated that the Chess Challenger could be upgraded after June 1, 1977 by sending the unit back to them and a money order for US$ 75.00
Interestingly, Fidelity enclosed a letter with the computer which stated, in part:

"...the game analyzes each position and, after considering all possible chess moves, makes a decision which is determined to be the best available move.
The sophisticated program used in this decision-making process is throughly tested, and each game manufactured acts like all other games. Thus, CHESS CHALLENGER cannot make a fundamental error.
Initially you may find that CHESS CHALLENGER may appear to be making an illegal move. However, this is highly unlikely."

Note: the pieces you see in the pictures are not the original ones. They are from a CC7 unit. After I uploaded this page I was able to get the original pieces. You can see them here

It has been known that the original pieces for the CC1 are made of wood and non-magnetic. However, if you look at the picture on the box you can  see that the ones used there appear to be plastic ones.

In 2005 a US collector (Dick Schneiders) bought a CC1 which seems to have those plastic pieces. This is the only CC1 with those set of pieces that I know of. Here you can see them and compare them to the picture on the box: 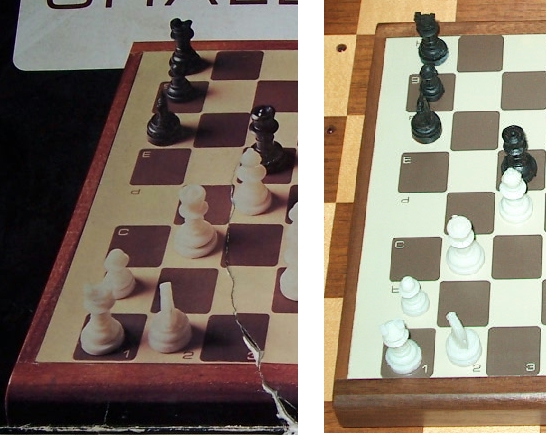 If you have a CC1 with these plastic pieces please contact me. I will keep your information confidential. I just want to find another person who has a unit with those pieces to confirm Fidelity was selling some units with them. Also, there are two versions of the manual. One with a blue finishing as you can see in the pictures below. Let me know if you have the "blue" version as well. 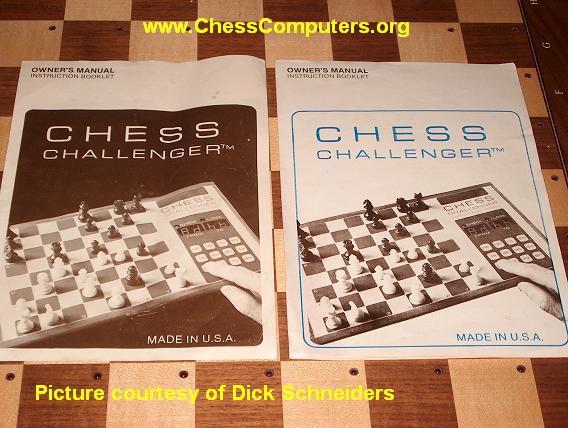 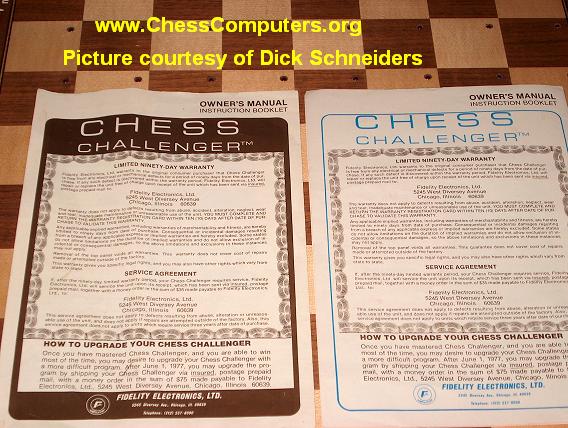 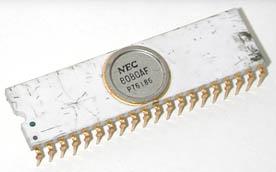 This is the bottom of the last page of the manual where we can see the upgrade notice (after June 1, 1977): 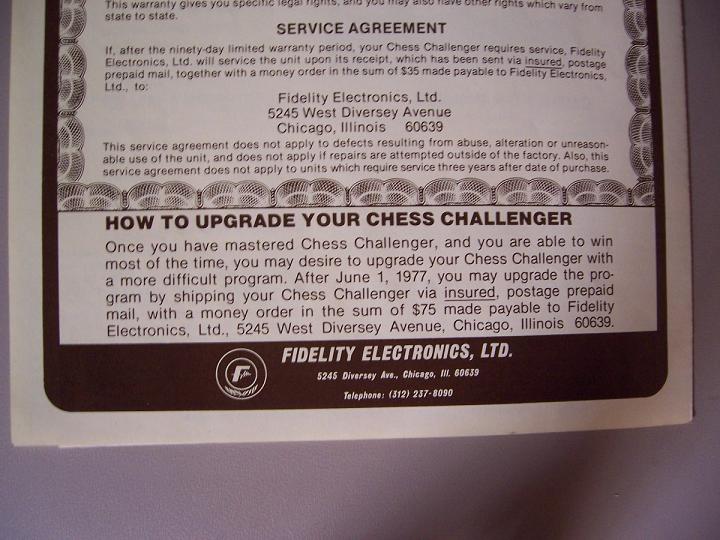 The warranty card. I masked the owner's name to protect his privacy. It was sold in Dec 20, 1977 and Fidelity sent the acknowledgement in Jan,11, 1978. 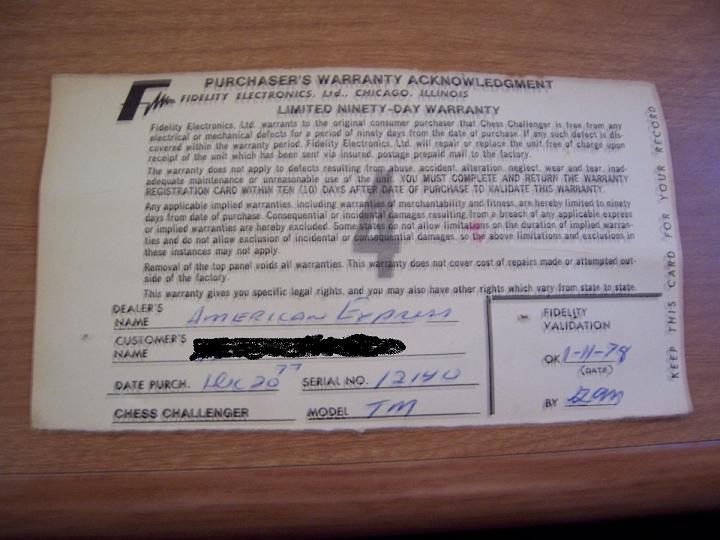 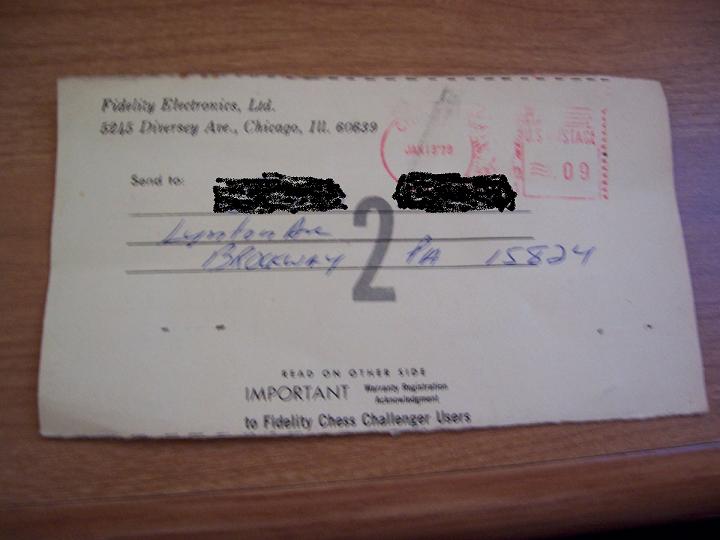 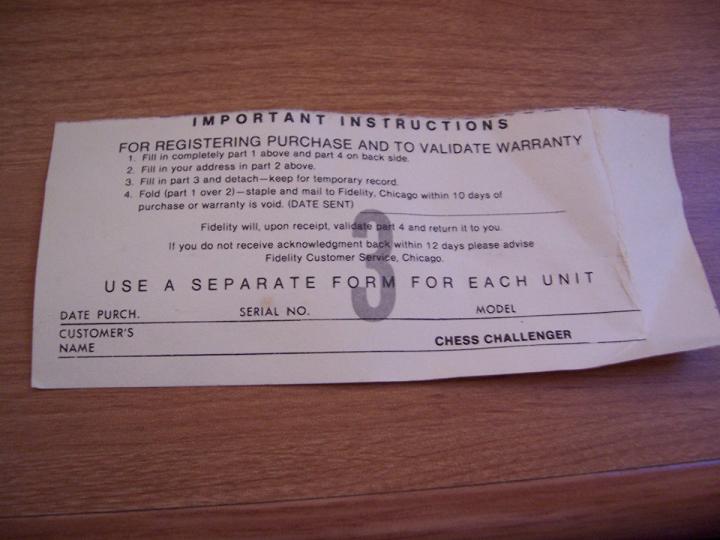 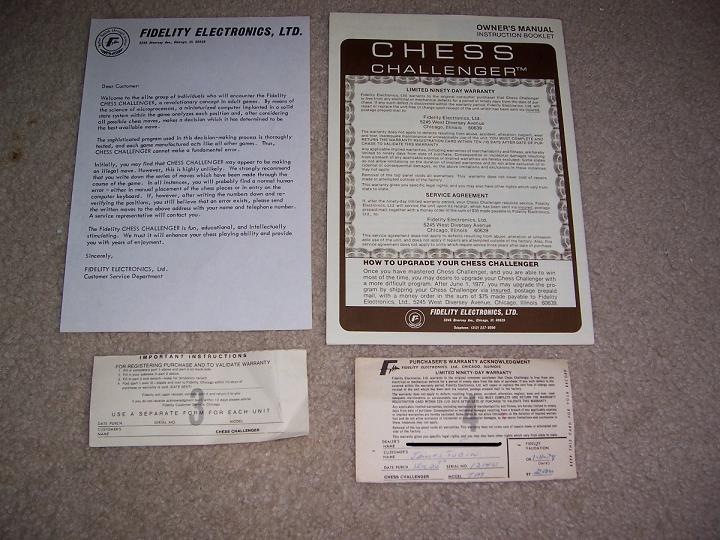