Fidelity was originally located in Chicago, Illinois - USA (5244 W. Diversey Ave) they later moved to 8800 N. W. 36th Street, Miami, Florida - USA. Fidelity's founder, Sidney Samole, was credited with inventing the first commercial electronic chess game in the 1970s after watching a Star Trek episode. It seems that he actually had the idea but it was Ron C. Nelson who really created the machine. That was the Fidelity Chess Challenger 1. The company was founded in 1976 and at the time they were mostly build hearing-aids. I have also some documentation where the name of the company is referred to as Fidelity International and Fidelity Computer Products.


His son, Shane Samole, took a $25,000 loan from his father and started Excalibur Electronics back in 1992. Sidney died on July 30, 2000.
Sidney worked with with Ron Nelson and later with Dan and Kathe Spracklen. Their chess computers won many world and national titles.

Fidelity's creatures won the first four World Microcomputer Chess Championships (WMCCs): CHESS CHALLENGER won in London 1980, FIDELITY X in Travemünde 1981, ELITE A/S in Budapest 1983, and ELITE X in Glasgow 1984. Moreover, they won the first four US Computer Championships, all held in Mobile, Alabama, in 1985, 1986, 1987 and 1988. A remarkable performance is its first place (tied with DEEP THOUGHT) in the 1988 ACM Championship.

After building three working models and four non-working models, Sid decided to promote his new brainchild at Chicago's Consumer Electronics Show in January 1977. Fidelity prospered. In fact, it seems that the success of the Fidelity Chess Challenger 7 computer, which sold about 600,000 units was responsible for the move from Chicago to Miami. Fidelity also produced computerized bridge, checkers, and Othello. In 1989, during a recession Sid sold Fidelity Electronics to Mephisto, or Hegener and Glaser, a German public firm also well known for its chess computers. 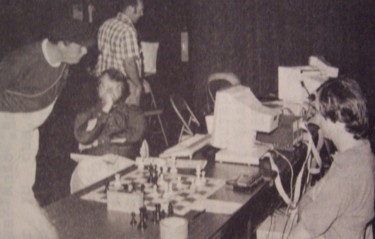 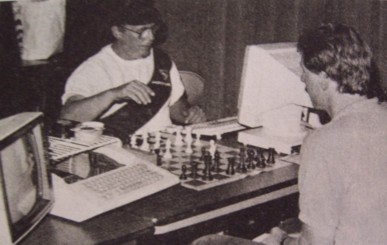 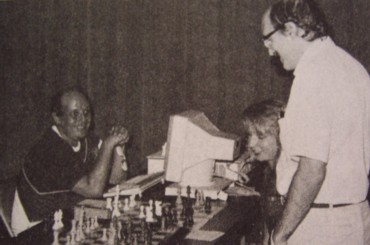 
An ad from the late 70's early 80's featuring a Fidelity chess computer: 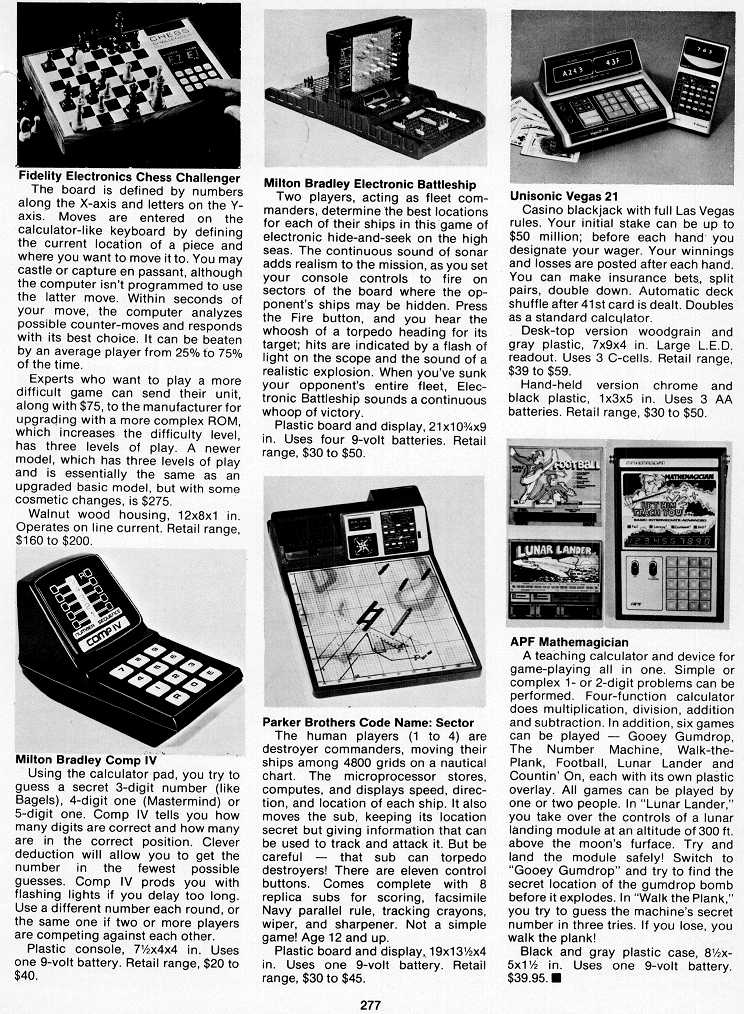 An electronic board game system for a game normally played by two players, such as chess, in which the game system makes respective moves to moves by a player, displays the moves and in which the position and identity of each piece can be displayed, as well as other indicators.
Inventors:     Nelson; Ronald C. (Forest Park, IL)
Assignee:     Fidelity Electronics, Ltd. (Miami, FL)
Appl. No.:     828147
Filed:     August 26, 1977

And these drawings were submitted with it:

Here are pictures from the original CC1, the prototype, which can be seen at the Chess Museum in Miami, Florida, USA. Pictures courtesy of Jose Olivera and reproduced here with his permission. 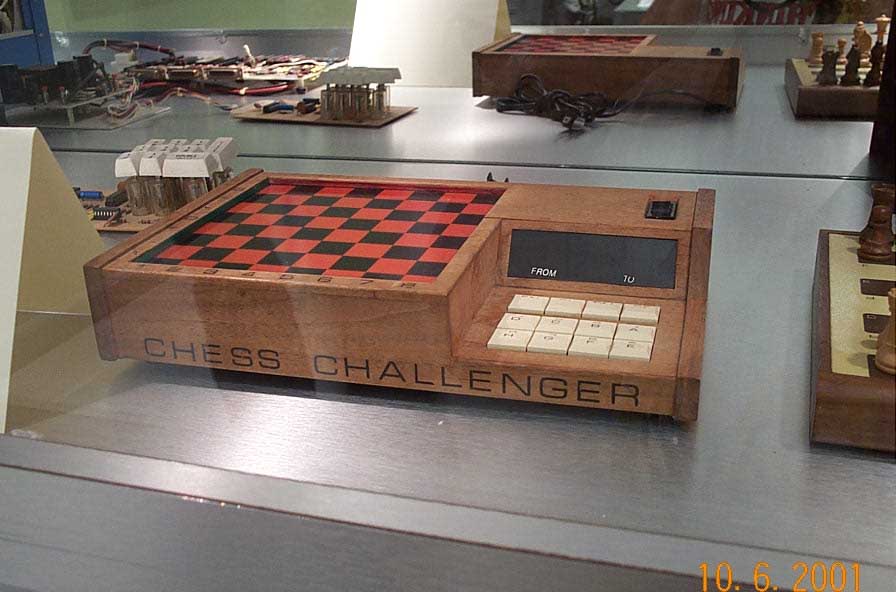 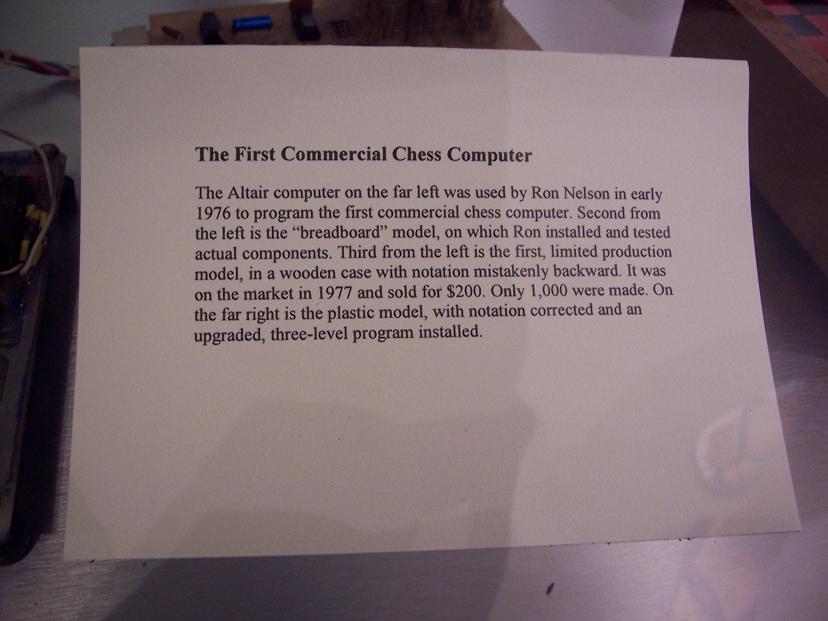 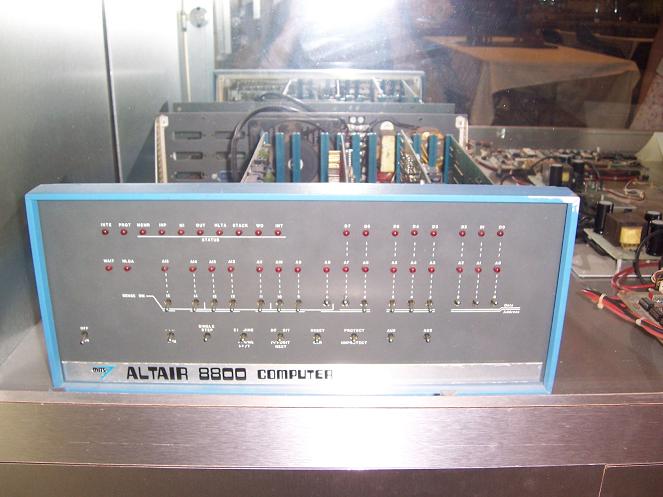 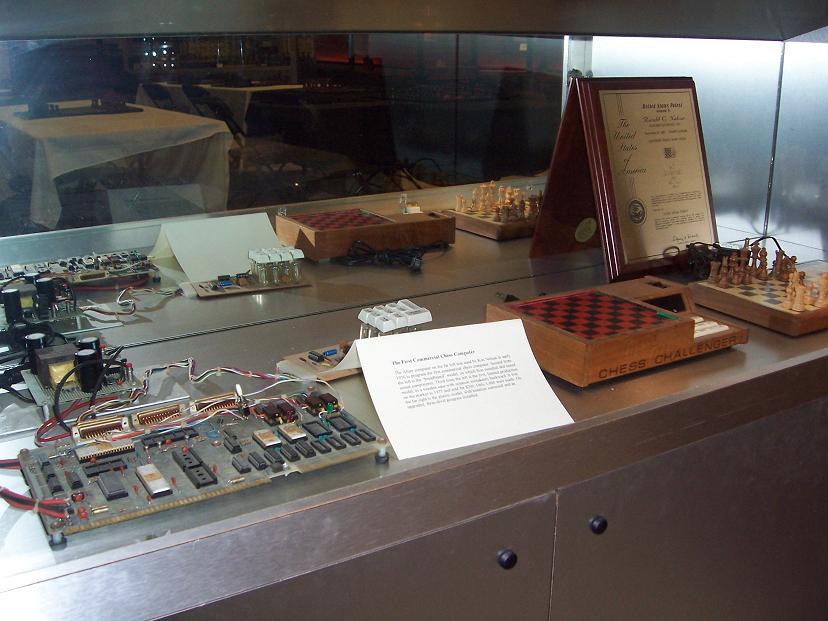 He's now Vice President - Engineering for Excalibur Electronics, which is the company that belongs to Shane Samole, the son of Sidney Samole.