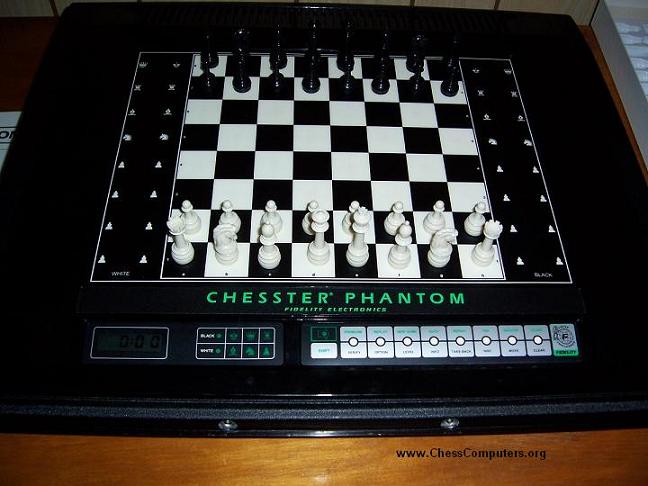 Fidelity Chess Phantom 6126, also known as Phantom Chesster or Phantom Eyeball.
This chess computer is an amazing example of technology from the early 90's and by far the most impressive of all the robotic Phantoms. Like them, it is a robotic unit capable of moving its own pieces. Also, it talks, like the model 6124 but on top of that it also has a sensor and "eyes" to give you a very interactive experience, as the manual says "...the feeling that you are playing with an almost-human opponent". It has the same chess program of the other Phantoms which has been certified by the US Chess Federal  for an ELO rating of 2100. The program is the Fidelity Par. The part number on the box is 511.1236B01.

The vocabulary is very extensive and it gives many advices and can be used for teaching chess as well. It even announces when a move is out of the openings book and, when you try to change sides and you don't have a good game, it even says "Hey, I don't want your mess!"
The sensor will detect your presence and will prompt it to ask you to play a game.
Here you can see details of this amazing chess computer on the pictures and I also have recorded 15 video clips for you to enjoy and see and hear it in action. 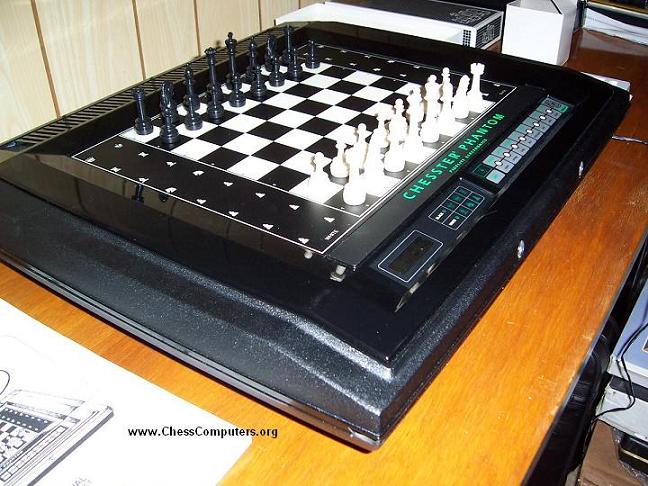 Like all Phantoms, it uses the same plastic pieces with magnets on the bottom and a robotic arm, in a x y axis under the board executes the moves by attracting the pieces, dragging them to the desired location and releasing them. 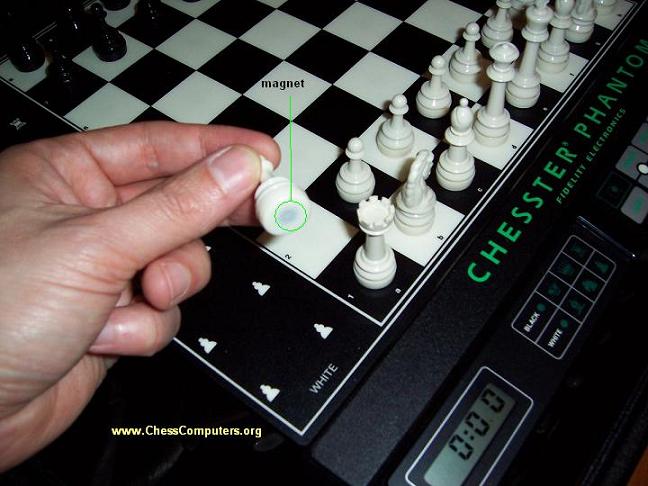 Here you can see the difference between the two control panels for the model 6100 and the 6126.

The box is also the same as the one used for the other Phantoms, only the model number was changed. Also notice the seal with the certified rating from the US Chess Federation. 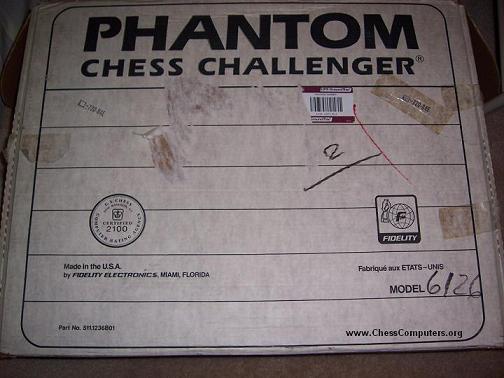 Here you can see the complete package. 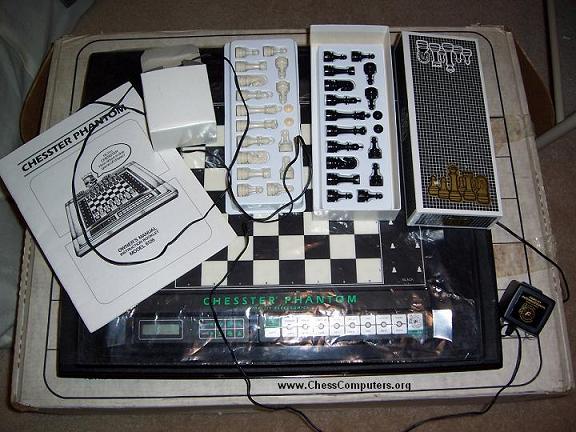 FAQ: Why is it called the Eyeball?
As you can see, it actually has two green eyes or LEDs on the front. They are for the simulated experience of playing with an almost human opponent. The motion sensor on the bottom activates the eyes. Here they are turned off. 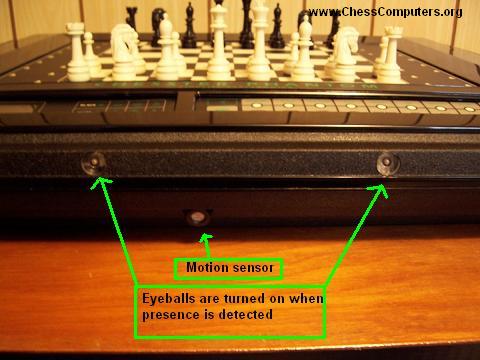 Here you can see the eyes turned on. 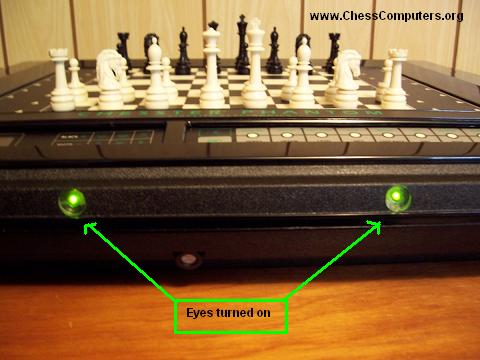 Now you can enjoy the 15 videos I have available. They are all in MPEG format and some are big files. They all have sounds so that you can hear Chesster talking. I tried to capture a good range of situations for you to have an idea of its vocabulary and features.

Chesster introduces itself
7Mb 26 seconds - Phantom Chesster being turned on and adjusting the pieces.

Chesster plays against itself
34Mb 2:07 min - You can see it announcing castling and see a close up of the moves plus other messages.

Castling
4Mb 16 seconds - Castling King side (white) plus a couple of other moves and you can also hear it saying "I'm not always a pain in the neck. I can be nice too!"

Praising a good move and comments
11Mb 28 seconds - You can hear it praising a move and asking for a piece plus the capture of a Knight by a Bishop.

Chesster resigns
4.5Mb 11 seconds - I'm forcing it to move so at first you hear it saying "OK, you can resign now" and then after a move it resigns saying "OK, you won this one. I resign"

Hey you! Chesster detects your presence!
32Mb 1:58 min - You can see when I get close to it and it sees me then it says "Hey you, yes you. Come over here...". Then I follow its instructions and play dumb. It teaches me how to move pieces after "detecting" that I new to the game. I also try an illegal move and it tells me why it is illegal. Be warned that the phone rang at the end of the video, so don't be scarred :)

Chesster teaches chess
16Mb 1:07 min - You can see it suggesting moves and teaching how to play explaining how each piece moves. It also gives me a waring that I'll lose my Queen if I play a certain move and allows me to take it back.

Chesster in training mode announces all moves
35Mb 2:20 min - Here all moves are announced with the piece name and the from/to locations. Captures and warnings are also seen here. Also with close up of the pieces and the moves, including castling.

Thinking and Warnings
16Mb 58 seconds - It complains when I try to force it to move when it didn't have enough time to think. Also warns me I'm about to lose my Queen. Taking back moves and accepts it that I want it to move right now.

Pawn promotion
2Mb 14 seconds - Close to end game. It promotes a Pawn to a Queen. With announcement.

End game
12Mb - An end game with announcement of all moves. Warnings about mate in two and the final mate.

That's all folks! Hope you enjoy the videos!
You may also want to check the pages for the other Phantoms at the main page.